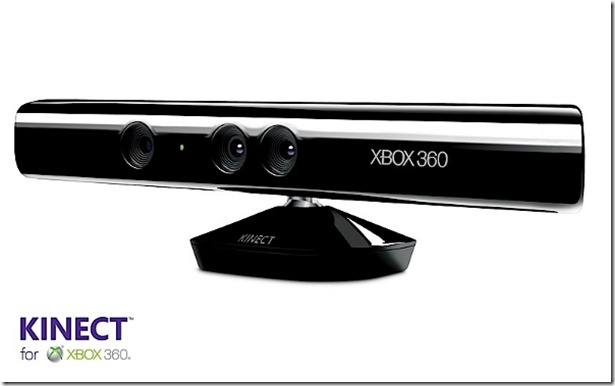 The launch included a number of new games including a driving simulation in which passengers rock their bodies to toss the car into cartwheels, a track and field tournament, and a Star Wars game with enhanced control of a Jedi Knight.

The motion-sensing device relies almost entirely on body motions and gestures. It looks like a webcam in a Wii sensor bar.

If you don’t know what the fuss is all about, view the Microsoft x360 Kinect Lifestyle Video: Video Removed By User, See below for alternative video:)

I used to play an early version of kinect games with my brother and his friend (Good luck with your Java, Alan!) who had a nifty camera connected to his Sony Playstation PS2. It was called the Eye-toy and many bucket-loads of sweat were wasted boxing in front of the screen without any controllers! It was brilliant but the setup and our body positioning had to be precise while playing, meaning that it was a bit frustrating… thoroughly enjoyed myself though!