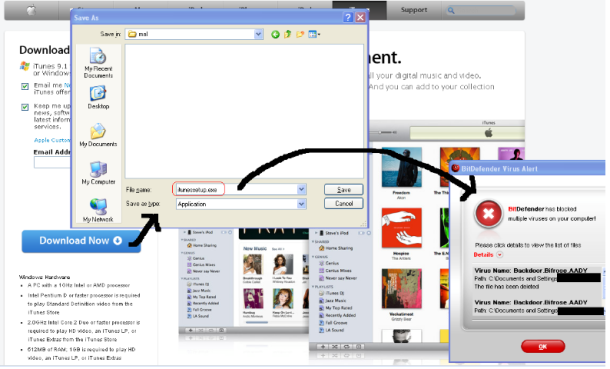 Scammers are distributing emails designed to trick iPad owners into downloading software that they think is an iTunes update, but which turns out to be malware that opens a back door on the computer, researchers warned on Monday.

The emails have a subject line that says ‘iPad Software Update’ and offer a link to a web page that looks like a legitimate iTunes download page, according to Bit Defender. Instead, the link installs malware identified as Backdoor.Bifrose.AADY, according to the Bit Defender blog.

The malware injects itself in to the ‘explorer.exe’ process and opens up a back door that attackers can use to take control of the system whenever they want, the post said. It also attempts to read the keys and serial numbers of the various software programs installed on the computer and logs passwords to the victim’s ICQ, Messenger and POP3 mail accounts, and protected storage, Bit Defender said.