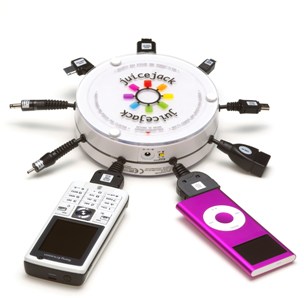 Cellphone chargers, like the one above (which is one of the best I have seen) that claim to be “universal” when in reality they are just “toolboxes” full of different tools, may become extinct soon! A new mobile phone charger that will work with any handset has been approved by the International Telecommunication Union ITU, a United Nations body, reports the BBC. Industry body the GSMA predicts that 51,000 tonnes of redundant chargers are generated each year. Currently most chargers are product or brand specific, so people tend to change them when they upgrade to a new phone. However, the new energy-efficient chargers can be kept for much longer.

The GSMA also estimates that they will reduce annual greenhouse gas emissions by 13.6m tonnes. “This is a significant step in reducing the environmental impact of mobile charging,” said Malcolm Johnson, director of ITU’s Telecommunication Standardisation Bureau. “Universal chargers are a common-sense solution that I look forward to seeing in other areas. “The charger has a micro-USB port at the connecting end, using similar technology to digital cameras.

It is not compulsory for manufacturers to adopt the new chargers but the ITU says that some have already signed up to it. “We are planning to launch the universal charger internationally during the first half of 2010,” Aldo Liguori, spokesperson for Sony Ericsson told the BBC. “We will roll it out with new products as they launch.”