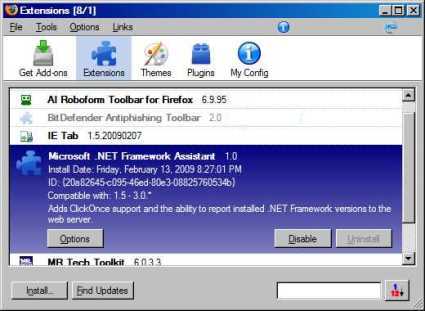 One of the 13 security bulletins Microsoft released Tuesday affects not only Internet Explorer (IE), but also Firefox, thanks to a Microsoft-made plug-in pushed to Firefox users eight months ago in an update delivered via Windows Update.

“While the vulnerability is in an IE component, there is an attack vector for Firefox users as well,” admitted Microsoft engineers in a post to the company’s Security Research & Defense blog on Tuesday. “The reason is that .NET Framework 3.5 SP1 installs a ‘Windows Presentation Foundation’ plug-in in Firefox.”

The Microsoft engineers described the possible threat as a “browse-and-get-owned” situation that only requires attackers to lure Firefox users to a rigged Web site.