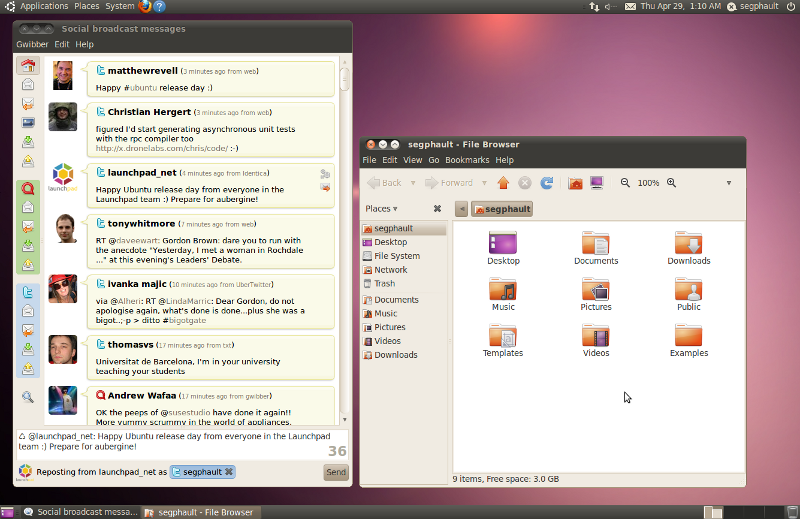 After six months of development, the Linux alternative to Microsoft Windows Operating System has been released (into the wild!). The stealthy cat has emerged from the jungle and is ready to leap onto users’ desktops. The new version (Ubuntu 10.04 codenamed Lucid Lynx) of the popular Linux distribution delivers a visual refresh, updated software, and a number of noteworthy new features.

One of the most noticeable changes is a completely new theme that radically departs from the distro’s previous signature style. The fancy feline has shed Ubuntu’s traditional brown coat and is sporting a sleek new look with an updated color palette. The new theme, called Ambience, has black trim, orange highlights, and an aubergine wallpaper. The visual redesign is part of a broader branding overhaul that will help to modernize Ubuntu’s image.

True to the LTS label, Lucid seems relatively robust. Although I didn’t encounter any major problems with it myself during the beta cycle, there were a handful of major issues that got resolved at the last minute. The developers did a respin of the ISO after identifying a glitch in the boot menu configuration.