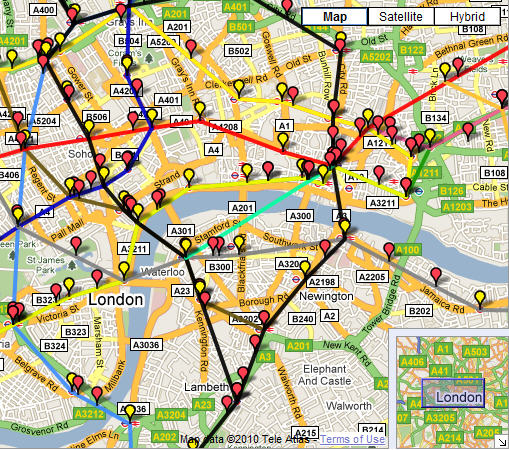 This map shows all trains on the London Underground network as they move, in approximately real time. The yellow pins are stations and the red pins are trains.

Live departure data is fetched from the TfL API, and then it does a bit of maths and magic. It’s surprisingly okay given this was done in only a few hours at Science Hackday. There are still many naming/location issues, some unresolved, like a small number of stations are misplaced or missing, occasional trains behave oddly, some H&C stations are missing in the TfL feed.