Home  ›  All  ›  Facebook WARNING: Avoid the “now you can see who your top facebook profile stalkers are!” SCAM 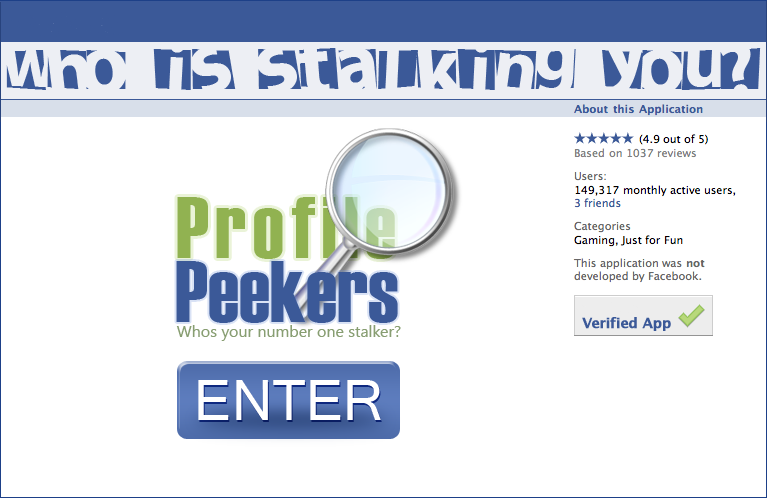 TEXT READS AS FOLLOWS (it may vary!):

wow this works >> http://tiny.cc/blablabla malicious link here << now you can see who your top facebook profile stalkers are!

It includes a fake survey which will compromise maliciously any info provided in it PLUS the”scam creator” will get paid a commission for every completed survey! This Wall Post will take any Facebook User who clicks on it to the  following page: When the Facebook User clicks on  “Login”, a popup window will appear asking to install a Facebook application, which may have any name (in this case it’s called “Gr6”), as seen below: When the Facebook User clicks on “Allow”, they will be taken to the following page: The image above shows a typical Facebook Survey Scam whereby the malicious creator of this scam:

REMEMBER – Facebook Application Developers do not have access to the information required to complete such actions like finding out who is viewing your Facebook Profile. IT IS STILL IMPOSSIBLE and has been for quite a long time.